The cross country teams dominated the conference meet on Saturday, Oct. 1. They came into the meet as under dogs, but rose to the top. The boys team won the conference championship, ending South Adams’ streak of 7 consecutive championships, and the girls team was the runner-up.

The girls team was led by 2nd team selection Lilly Biggins. Rounding out the girls pack that helped them to the 2nd place finish were Rozlynn Everhart, Rylee Jarrell, Miranda Gerardot, and Katelyn Sebring.

This the best finish that both teams have had in many years. Make sure to watch Wane 15 this week as the Cross Country teams are going to be featured as the Teams of the Week!

The teams now prepare for the sectional which is this Saturday at Bellmont. 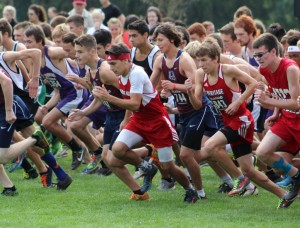